Pat Barton
To listen to my latest recording, view my complete profile and then click on "audio clip" under "links"

Although not yet convicted of a crime, the drugging shenanigans Bill Cosby has admitted to convinced me my Mt. Rushmore of comics from November 2012 needed a face lift. Who would you have nominated to join Richard Pryor, Jerry Seinfeld, and Robin Williams on this first re-constructed Mt. Rushmore?

I decided it was fitting that Cosby the sexual predator lose his place on my monument to Ellen DeGeneres. Ellen provides the needed ballast - accompanied by Jerry Seinfeld - so that Pryor & Williams don't scare away the tourists with their foul mouths. Both she and Seinfeld are wry and non-profane observers of the every day. Pryor keeps us on our political toes; Ellen reminds us to dance.
Took little effort for my demolitions team to turn Cosby's visage into a pile of pebbles. And I've invited all the women he drugged to my mountain, asking them to bring their dogs, the bigger the better. No poop bags required. 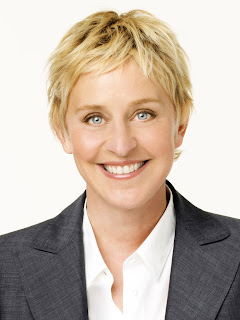 For many years, Christmas day has been among my favorite days of the year. I'm guessing I'm not alone and curious, as always, to hea...